Posted on March 23, 2021 by PRCT
Jump to section:
Car theft in Puerto Rico
Your options to protect yourself
Conclusion 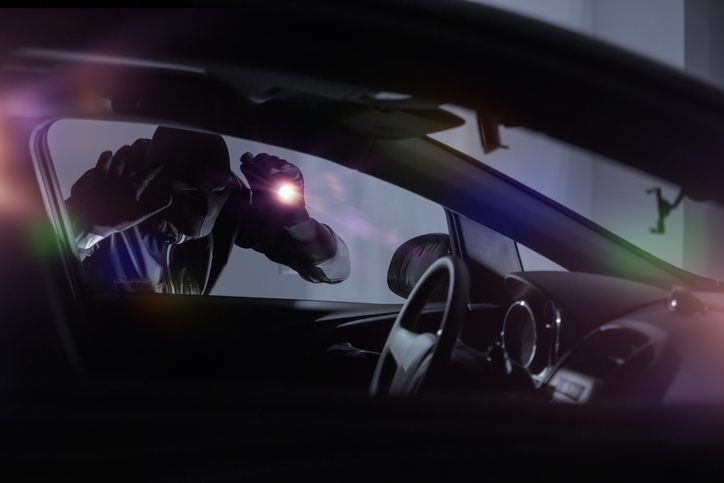 Car theft in Puerto Rico has dropped pretty dramatically over the last ten years. In 2009 there were about 190 cases per hundred thousand residents. In 2019, there were only about 122 cases of car theft per hundred thousand residents in Puerto Rico. That is a thirty six percent drop. That drop takes Puerto Rico from being in the middle of the pack in comparison to all US states to being in the bottom ten in terms of car theft by comparison.

Regardless, that does not mean that the possibility of having your car stolen is not ever present in Puerto Rico. That risk is obviously higher in more densely populated areas like cities such as San Juan. It is up to you to be proactive and to take steps to protect your car from theft in Puerto Rico. Keep in mind, if your car is stolen, you will only have about a fifty percent chance of having it recovered. If it is recovered, it might have already been stripped for some parts or have some damage. The best option is to not have your vehicle stolen in the first place.

Your options to protect yourself

In terms of protecting your car from being stolen, you have a bunch of options. If you really want to keep your vehicle safe, you should try and make use of as many as possible. First, there are simple and more obvious things such as always keeping your doors locked, not leaving keys in or anywhere near your car, keeping the windows closed when you are not in the car, parking in areas that are lit well, and making sure that your car alarm is always in working condition.

However, there are also options that will cost you some money but will go above and beyond in terms of protecting your car. These fall under the umbrella of car anti-theft technology. This includes immobilization systems as well as tracking systems. Companies such as LoJack offer multiple options in regards to tracking systems. An immobilization system will not allow the car to be started with anything other than the right key or key fob. A tracking system will obviously track your car in the event that it has been stolen.

Getting your car stolen in Puerto Rico is not as much of a possibility as it used to be. However, the possibility certainly still exists. You need to be proactive in order to protect your vehicle from theft in Puerto Rico or anywhere else for that matter. You have several options such as staying smart and doing things like parking in well-lit areas, getting an immobilization system and/or getting a tracking system like LoJack.