All You Need to Know about the Police in Puerto Rico

Posted on December 6, 2021 by PRCT
Jump to section:
How they will signal you to pull over
What to do if you get pulled over
Wrapping up 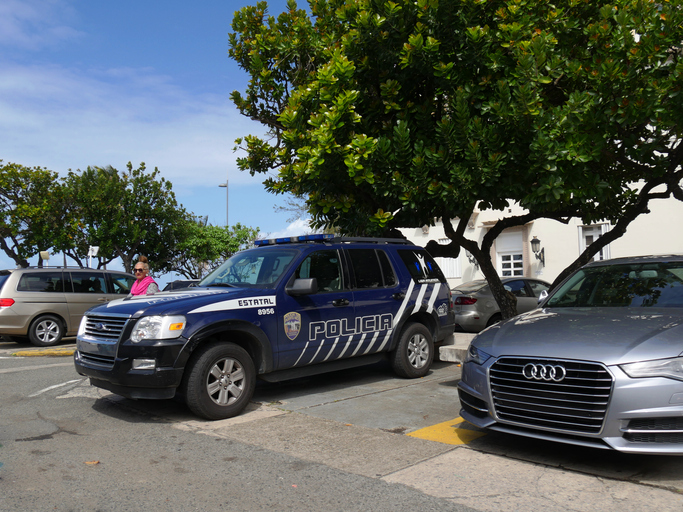 How they will signal you to pull over

In Puerto Rico, things are a bit different with police pulling you over than they are when you get pulled over in the United States. The biggest difference is that the police in Puerto Rico will constantly drive around with their police lights on, even if they are not on their way to a call or trying to pull someone over.

If you see a police car in your rearview mirror with its police lights on when you are driving in Puerto Rico, just pull over one lane and they will almost certainly just pass you by. However, if they put their siren on, it means they are either in a rush to get to a call or are pulling you over. Either way, do your best to stay out of their way.

What to do if you get pulled over

If you do get pulled over when you are driving in Puerto Rico, odds are you did something pretty bad. In Puerto Rico, many drivers often disobey routine traffic laws. As a result, the police frequently allow more minor traffic offenses slide, such as rolling through a stop sign, without even pulling that person over and giving them a warning. So, if you have been pulled over it is likely for something such as reckless driving or extreme speeding.

Regardless of why you got pulled over, there are a few simple things you can do to increase your chances of the officer giving you a bit of a break. First, you should pull over as soon as you see the police behind you with their lights and siren on. As soon as you are pulled over in a safe location, turn your engine off and put your keys on the dashboard where the officer can see them. Have your license, registration and insurance card ready by the time the officer gets to your window. If the officer asks you if you know why they pulled you over and you do, admit it. Most importantly, if you treat the officer with respect, it will likely go a long way to you getting a break on whatever ticket you might be receiving.

Things are a bit different in Puerto Rico when it comes to getting pulled over by the police. This is due to the fact that the police will be constantly driving around with their emergency lights on, regardless of whether or not they are heading to a call or not. So, always pull over one lane when you have a police officer behind you with just their emergency lights on in Puerto Rico. If their siren is also on, then it likely means you are being pulled over. If you are being pulled over, do so quickly, in a safe spot, turn your engine off and try to treat the officer with respect if you want a chance of a break.