Learn How You Can Avoid Potholes In Puerto Rico 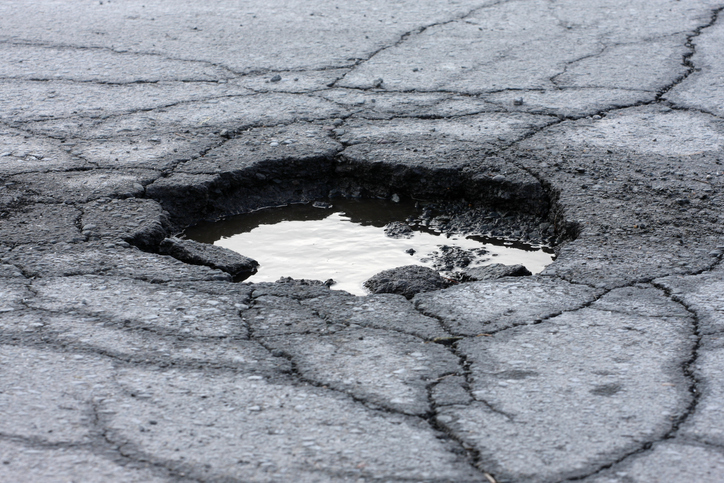 Jump to:
The condition of Puerto Rican roads in 2019
How potholes can damage your car
How you can avoid potholes
Conclusion

The condition of Puerto Rican roads in 2019

Puerto Rico’s roads are unfortunately notorious for being in disrepair. There are a bunch of potholes, seemingly random speed bumps, and cracks in the road. Part of this is due to all the hurricanes that have hit Puerto Rico over the years, hurricane Maria being the most recent example.

According to a survey last year by The Washington Post, ninety-three percent of Puerto Ricans felt that the roads needed repairs.

In fact, some Puerto Ricans have even gone as far as starting to repair the roads themselves by pouring concrete powder and water in the potholes. The government is trying their best to get to fixing the roads but with the current state of Puerto Rico’s economy, it isn’t in the cards at the moment.

How potholes can damage your car

So, you know that driving over potholes can damage your car. But you might ask yourself:

How can potholes damage my car?

Hitting a pothole hard enough can damage your vehicle in a number of ways.

How you can avoid potholes

There are several easy ways you can avoid more potholes or, at the very least, lessen the damage they do when you hit them.

No matter what you do, you are going to end up hitting some potholes while driving in Puerto Rico. There are just too many of them to avoid them altogether.

However, you can avoid as many as you can while minimizing the damage to your car when you can’t avoid them.

Either way, it will be easier to avoid potholes and cheaper to fix any damage resulting from them if you have you very own car available to you than if you are renting a car. If you want your car shipped to Puerto Rico, get in touch with us today.