Posted on February 10, 2020 by PRCT
Jump to section:
The weather and the best times to visit Puerto Rico
How you can get around in Puerto Rico
The best places and sights to see in Puerto Rico
Final word 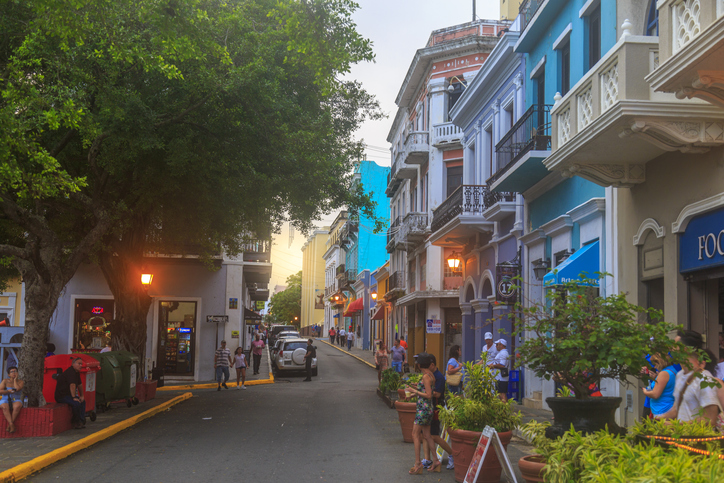 The weather and the best times to visit Puerto Rico

Puerto Rico has a tropical climate which makes it a highly visited vacation spot. The temperatures generally range from 70 degrees to 90 degrees throughout the year. There is a rainy season which generally lasts from April through November.

However, it really does depend on where you are in Puerto Rico because some areas get well over a hundred inches of rain per year while others get less than fifty. The areas that tend to get the most rain are the mountains like Pico del Este and the El Yunque rainforest. Coastal areas like San Juan get much less rain.

Late summer and fall are when you tend to have the risk of a tropical storm or a more serious hurricane such as Maria a few years back. So, we recommend that you avoid planning a trip to Puerto Rico until you get closer to those times when you can check a forecast before you book a flight.

In the end, the best overall time to take a trip to Puerto Rico is the last two weeks of April and the entire month of May. This is after the busy season that takes place during winter months ends and before the semi-rainy and busy summer months begin.

How you can get around in Puerto Rico

Getting around in Puerto Rico can seem complicated, especially when you are visiting for the first time. If you are visiting an area like San Juan and are not going anywhere else, you can easily get away with walking, taking taxis and/or public transportation. Ride share apps like Uber are pretty limited or even non-existent in most areas of Puerto Rico.

However, there is so much more of Puerto Rico that you should see than any one particular area. So, your options to get from one area of the island to another are to rent a car, ship your car to Puerto Rico, or by taking Carros Publicos.

Renting a car, especially depending on what area in Puerto Rico you are doing so in, can get quite expensive quickly. If you are only staying for a handful of days, it could be a feasible option. However, for longer trips you should consider shipping your own car to Puerto Rico.

Carros Publicos is basically a town car service that operates in the main areas of Puerto Rico such as San Juan. All you need to do is to find these cars which usually assemble in areas where they feel they will pick up the most fares such as near the airport. We are recommending these over taxis because the rates are much lower.

If you need to get from the main island of Puerto Rico to the other islands like Culebra and Vieques, you can take a ferry or even a short flight. You can find more information about the Puerto Rican ferries here.

The best places and sights to see in Puerto Rico

If you are planning on visiting Puerto Rico for the first time, you should plan on taking trips to visit at least some of the following places:

When you are visiting Puerto Rico for the very first time, know that you are about to see some breathtaking sights and will not soon forget your experience there. Just try to avoid hurricane season in the late summer into the fall. Also, you should try and plan what you will end up doing and what you will see during your trip in advanced. Doing so will help save you money, time and stress.