All You Need to Know About Puerto Rico’s Highways

Posted on January 10, 2023 by PRCT
Jump to section:
Puerto Rico’s Highways
Staying safe on the highway
Wrapping up 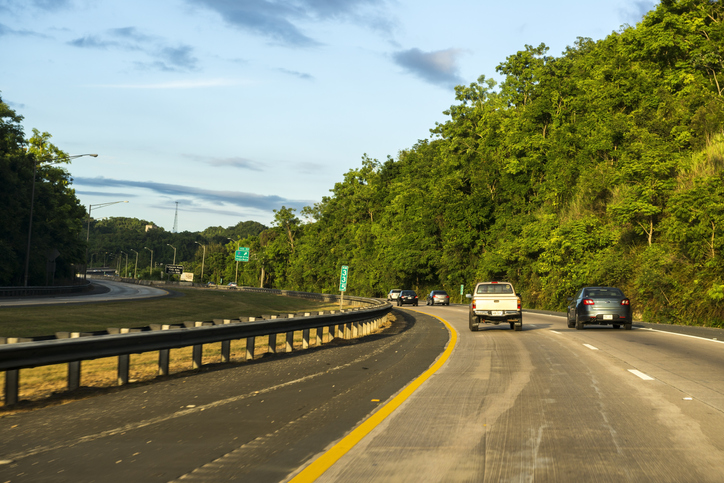 Puerto Rico has several highways as you might expect and there are both similarities and differences between them and the highways in the United States. They help motorists across the island navigate between the northern coast and the southern coast and to all points in between. In Puerto Rico, the highways all have speed limits that fall between fifty and sixty-five miles per hour which is pretty similar to some US states such as New York.

The following is a list of all major highways in Puerto Rico:

Staying safe on the highway

Highway driving is always more dangerous than driving on residential streets because of the increased speed limits and lack of traffic lights and stop signs. However, in Puerto Rico driving on the highway can be even more dangerous than normal. This is primarily because traffic enforcement by police in Puerto Rico is much more lenient than it is in the United States or most other places. Police in Puerto Rico often do not pull drivers over for any minor offenses and will even let some more major offenses slide as well. For example, much fewer people use their signals, especially changing lanes and almost none of them will end up being pulled over for it. Speeding is also much more prevalent in Puerto Rico.

So, you will want to drive on Puerto Rico’s highways with as much focus and caution as possible. You are more likely to have another driver change lanes in front of you without notice and a higher number of drivers will be traveling above the posted speed limit.

A few ways you can stay safe while driving on a highway in Puerto Rico are:

If you find yourself driving in Puerto Rico for more than a couple of days, you will certainly end up driving on the highways there. Similar to the United States, the highways almost always have no traffic lights, stop signs, pedestrian crossings or anything else that routinely stops traffic for certain intervals. These highways may have tolls though. Although the posted speed limits in Puerto Rico are quite moderate in comparison to other countries, many drivers disobey them and drive much faster. With considerably more lax traffic enforcement, drivers in Puerto Rico can also do things like change lanes without signaling. Always drive on Puerto Rico’s highways with complete focus and a high level of caution.