How to Drive Safely at Night in Puerto Rico

Posted on October 18, 2022 by PRCT
Jump to section:
The dangers of driving at night
How to drive safely at night
Wrapping up 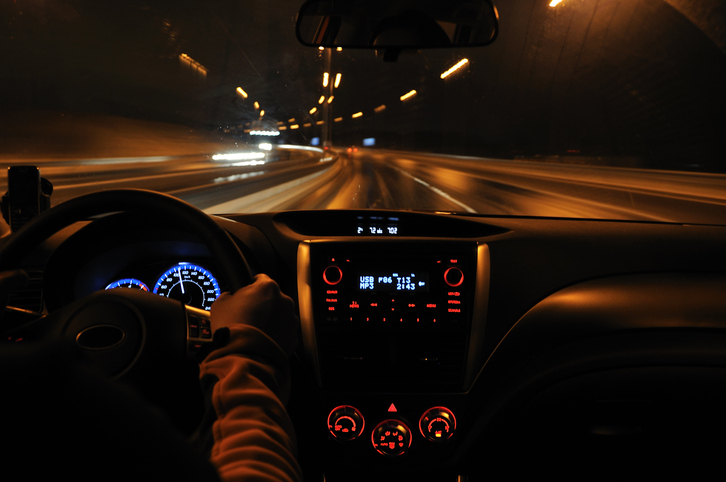 The dangers of driving at night

There are a bunch of dangers that exist when you drive at night. These dangers include lower visibility, drunk drivers, fatigued drivers, construction activity and the potential for more traffic because of rush hour. In terms of not being able to see as well when driving at night, this is due to low light, glare from headlights and other lights on vehicles as well as the potential for poorly lit areas and roads.

When visibility is lowered, so is the amount of time you have to react to a hazard. This means that when you finally see an object, person, or vehicle in the road that you need to avoid, you might not have enough time left to avoid it. Fatigued or impaired drivers are a big danger on the road at night as well. People tend to get tired much more easily at night and people also tend to consume alcohol at night rather than during the day. Overall, traffic accident-related death rates are three times higher at night than they are during the day.

How to drive safely at night

Thankfully, you will be able to mitigate and avoid these risks as long as you take a few precautions in order to drive with the most safety possible at night. First and foremost, you should position yourself for success and safety before you even start driving. This means you should do things like keeping your windshield perfectly clean and making certain that your headlights and high beams are always working properly.

Next, you should be sure that you always look past oncoming driver’s headlights rather than at them. You could end up momentarily blinded if you do not. You should also take extra care to do obvious things like not using your phone while driving. Finally, keep extra distance in between you and the vehicle in front of you and be sure to keep your speed low as well.

Driving in Puerto Rico at night is just as dangerous if not more dangerous than it is driving at night anywhere else. The fatality rate related to driving accidents at night is three times higher than it is during the day. That is exactly why you must take extra caution when you are driving at night which includes keeping extra distance between you and other vehicles, driving at a lower speed and avoiding looking directly into an oncoming car’s lights.